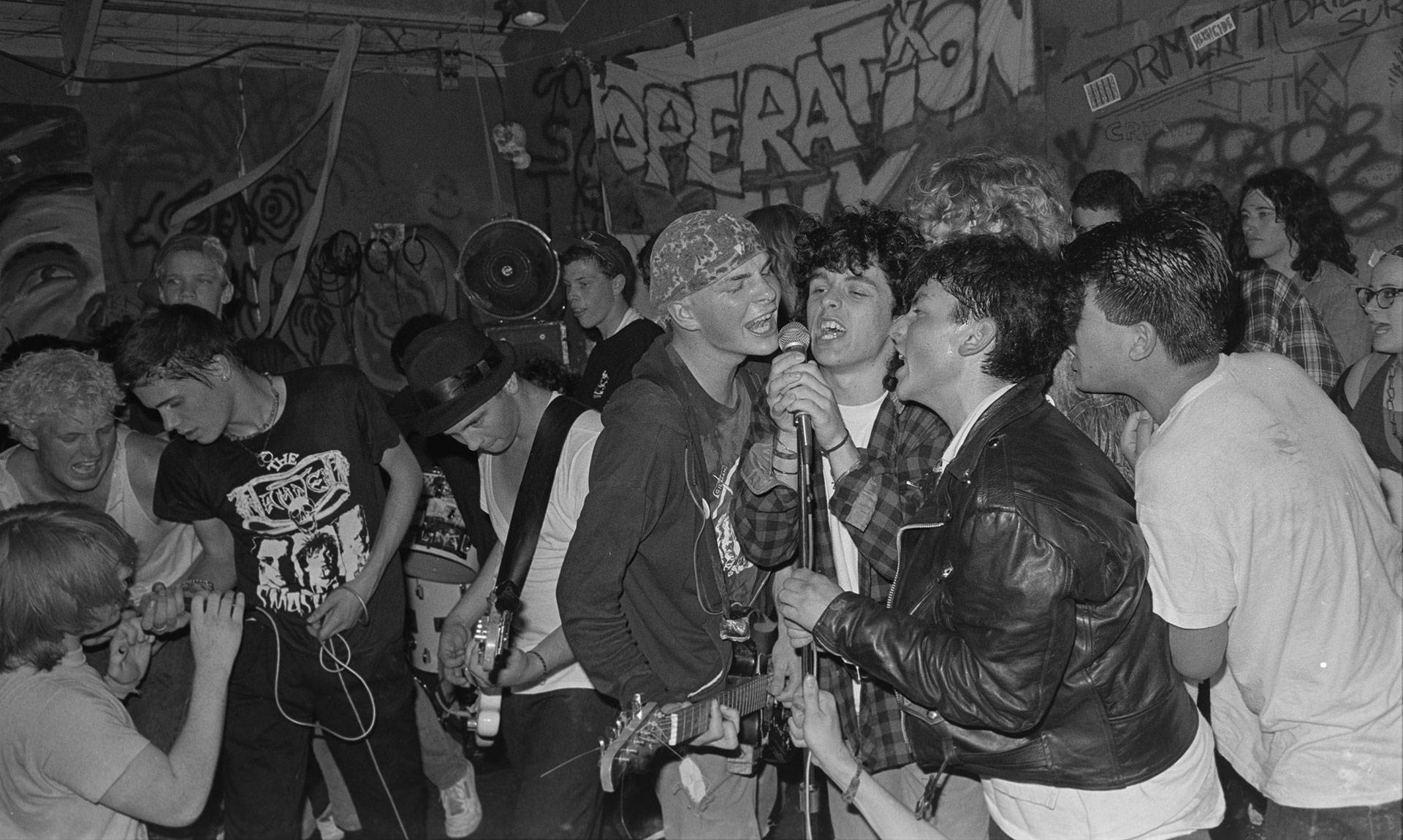 When I think of the new documentary Turn It Around: The Story of East Bay Punk, I think about a teenager named Jimmy Mahoney, who last year was called up on stage by Billie Joe Armstrong from Green Day for a dream opportunity: to play guitar with his favorite band in front of thousands of people.

The band routinely does this for a lucky fan every night on tour, but on this night at the Oracle Arena, after Caleb’s guest turn, Billie Joe unexpectedly gave Mahoney his guitar, covered in stickers from early-’90s East Bay punk bands like Monsula, Econochrist and Spitboy.

You have to wonder: was the guitar intentionally decorated with names of other East Bay bands in order to provide its recipient with musical clues in a treasure hunt? And did Jimmy bring the guitar home and Google them, to discover the influence they had on his teenage heroes?