TURN IT AROUND AVAILABLE NOW AT THE LINKS BELOW:

STREAM FREE THRU YOUR LOCAL LIBRARY VIA KANOPY: https://www.kanopy.com/product/turn-it-around 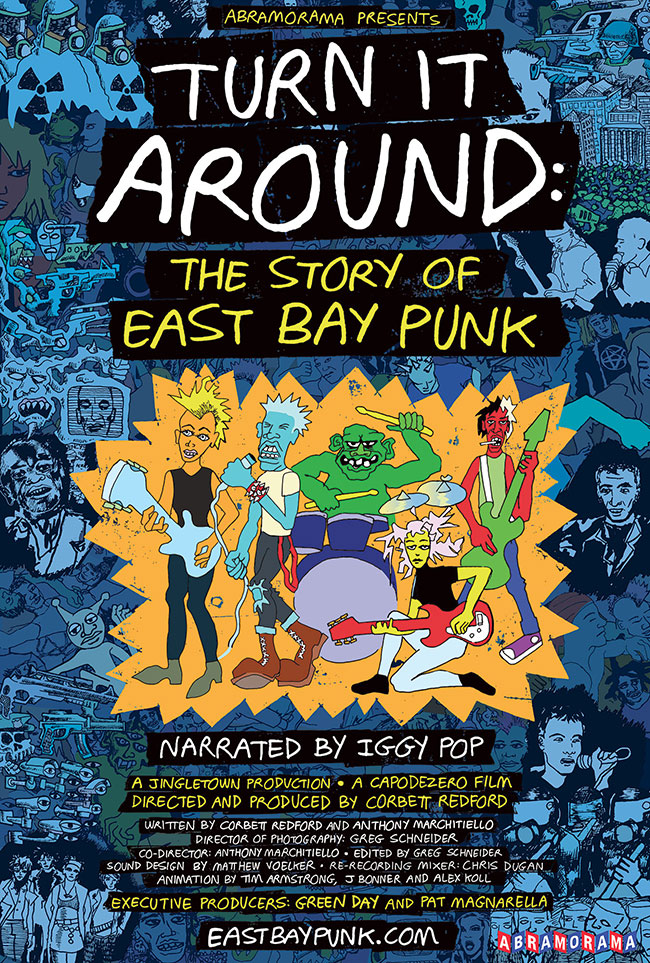 The feature documentary had it's world premiere as the opening night film of the 16th SF Docfest on May 31, 2017, followed by an initial two week sold-out theatrical run at the Alamo Drafthouse Cinema in San Francisco that started on June 2nd, 2017. The hometown opening was followed by screenings in cities across the USA and Canada in tandem with Green Day’s Revolution Radio World Tour, with the theatrical campaign launching with a three-week run at IFC Center in New York City on July 28th, 2017 and culminating in Los Angeles for one night only on three sold-out screens at the ArcLight Hollywood on September 18th, 2017. In a unique release strategy, Turn It Around: The Story of East Bay Punk did a “tour with the band”, enabling theaters to be marketing partners with Green Day in promoting the film’s theatrical release and the band’s nationwide tour.

Abramorama handled theatrical distribution bringing the film from 30 theaters starting in June 2017 to over 100 theaters by October 2017. Numerous screenings across the US & Canada played to sold-out audiences requiring theaters to add encore showings and extended runs to accommodate patrons. Along with it being an Official Selection at the 2017 SF Doc Fest, the documentary was also part of the 2017 Calgary International Film Festival and the 2018 Albany FilmFest. 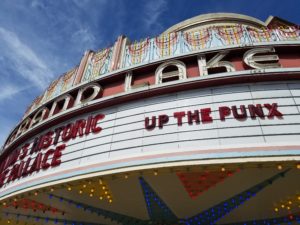 STREAM: Podcasts and Video Interviews about Turn It Around!

FILM REVIEW: ‘Turn It Around: The Story of East Bay Punk’

FROM VARIETY.COM: “Corbett Redford offers a dynamic, three-hour chronicle of the Berkeley punk scene that birthed Green Day and other pop-punk bands. By now rivaling Bloomsbury and the Beats as the Most Exhaustively Chronicled Artistic Movement Ever, punk gets yet another regional recap in the documentary “Turn It Around.” Yet these nearly three hours devoted… 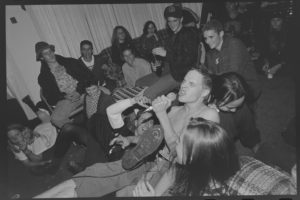 Check out this Turn It Around-inspired Spotify playlist now!

Excited to see our documentary? Check out this Spotify playlist curated by Turn It Around director/producer Corbett Redford! Featuring 38 songs clocking in at almost two hours of music and inspired by the artists and culture featured in the documentary, the playlist is a sonic walk through over 30 years of Bay Area punk (and…